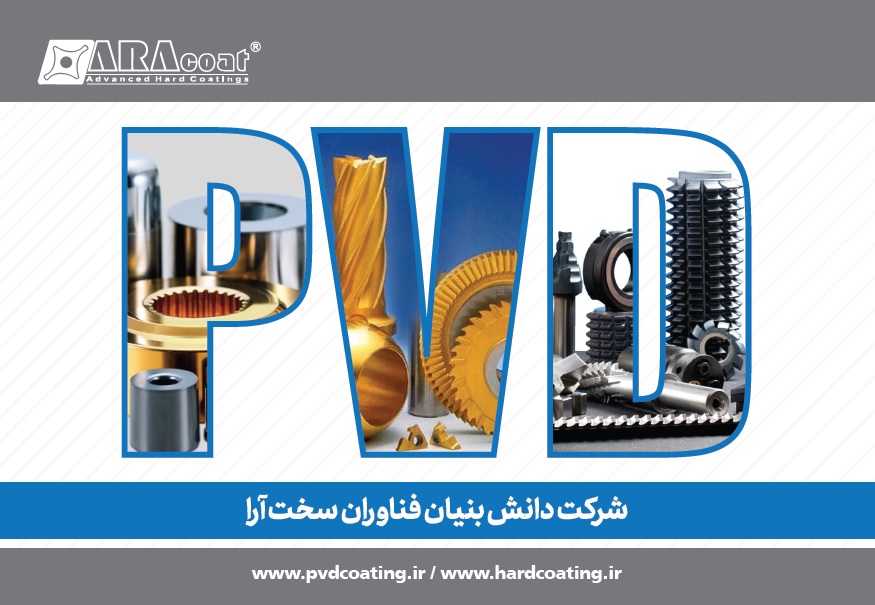 ARAcoat is home to a state-of-the-art Physical Vapor Deposition (PVD) coatings center, equipped with the latest in PVD coating process technology. PVD is a vacuum coating technique, which creates a film on the surface of the required material to maintain its hardness. The film improves part quality, creates higher productivity, and increases tool life. A major benefit of PVD coating is its use of low temperature during the procedure, which avoids distortions in the tool.

How does the PVD process work?

In the PVD process the high purity, solid coating material (metals such as titanium, chromium and aluminum) is either evaporated by heat or by bombardment with ions (sputtering). At the same time, a reactive gas (e.g. nitrogen or a gas containing carbon) is added; it forms a compound with the metal vapor which is deposited on the tools or components as a thin, highly adherent coating. A uniform coating thickness is obtained by rotating the parts at a constant speed about several axes.

Coating properties (such as hardness, structure, chemical and temperature resistance, and adhesion) can be precisely controlled.

The arc evaporation process begins with the striking of a high current, low voltage arc on the surface of a cathode that gives rise to a small (usually a few microns wide) highly energetic emitting area known as a cathode spot. The localized temperature at the cathode spot is extremely high (around 15000 °C), which results in a high velocity (10 km/s) jet of vaporized cathode material, leaving a crater behind on the cathode surface. The cathode spot is only active for a short period of time, then it self-extinguishes and re-ignites in a new area close to the previous crater. This behavior causes the apparent motion of the arc.

Arc evaporation – High ionization
The plasma jet intensity is greatest normal to the surface of the cathode and contains a high level of ionization (30-100%) multiply charged ions, neutral particles, clusters and macro-particles (droplets).

Arc evaporation – A self-sustaining discharge
Theoretically the arc is a self-sustaining discharge capable of sustaining large currents through electron emission from the cathode surface and the re-bombardment of the surface by positive ions under high vacuum conditions. The animation below shows the basic arc evaporation process (secondary electron emission and re-bombardment are not shown).

Arc evaporation – Reactive deposition
If a reactive gas is introduced during the evaporation process dissociation, ionization and excitation can occur during interaction with the ion flux and a compound film will be deposited.

Arc evaporation – Advisable to control the cathode spots
Without the influence of an applied magnetic field the cathode spot moves around randomly evaporating microscopic asperities and creating craters. However if the cathode spot stays at one of these evaporative points for too long it can eject a large amount of macro-particles or droplets as seen above. These droplets are detrimental to the performance of the coating as they are poorly adhered and can extend through the coating. Worse still if the cathode target material has a low melting point such as aluminum the cathode spot can evaporate through the target resulting in either the target backing plate material being evaporated or cooling water entering the chamber. Therefore magnetic fields are used to control the motion of the arc, which is basically a current carrying conductor. If cylindrical cathodes are used the cathodes can also be rotated during deposition. By not allowing the cathode spot to remain in one position too long aluminum targets can be used and the number of droplets is reduced. Some companies also use filtered arcs that use magnetic fields to separate the droplets from the coating flux.